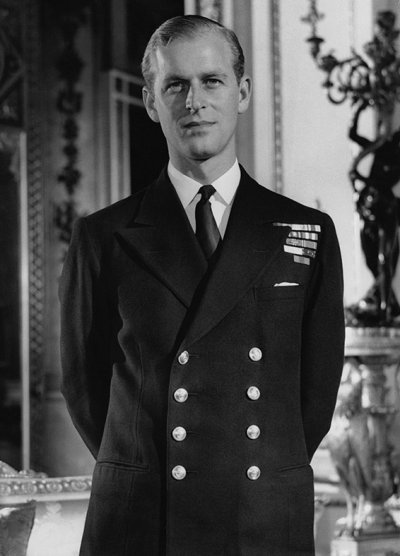 Thank you for leaving your tribute. To submit this tribute for moderation, please verify it by clicking the link that you will receive in your inbox in the next few minutes.

Thank you for verifying your tribute. Your tribute has now been submitted to the moderation team for approval.

HRH THE DUKE OF EDINBURGH ג HIS GORDONSTOUN YEARS 1934 ג 1939
Prince Philip was one of the first pupils to join Gordonstoun in 1934. After leaving his Prep School at Cheam in 1933 he spent a year at Salem School in Germany before starting at Gordonstoun in 1934, the year it was founded, by the late Headmaster of Salem, Kurt Hahn.  Hahn had fled Germany in 1934 having been imprisoned by the Nazis in 1933.
Philip excelled during his time at Gordonstoun. His former Headmaster, Kurt Hahn, wrote on the occasion of Prince Philipגs engagement to HRH Princess Elizabeth in 1947; גHe enjoyed life and his laughter could be heard everywhere. He had inherited from his Danish family a capacity to derive great fun from small incidents.  In work he showed lively intelligence, but also a determination not to exert himself more than was necessary to avoid trouble. In community life, once he had made a task his own he showed meticulous attention to detail and a pride in workmanship which was never content with mediocre results.ג
It was, however, on the sports field that Philip flourished ג he was an outstanding athlete and games player. He was Captain of Hockey early in his school career, chosen particularly for his ability to lead a team as well as his skills. He also held positions of Captain of Cricket and Helper of Games.
Prince Philip also excelled on stage and one of his most memorable performances was as Melchert, one of the three Kings, in the annual Nativity Play, performed as a tradition during Advent at both Salem and Gordonstoun.
Like all Gordonstoun students, Prince Philip took part in its extensive outdoor programme, including seamanship and sail training, relishing every opportunity to spend time on Prince Louis, the schoolגs schooner named after his grandfather. Commander Lewty, Head of Seamanship at the time, selected him to be one of the boys whom he could send out into the open Moray Firth in charge of a cutter. In his report on Prince Philipגs seamanship, Commander Lewty wrote:
גHe is one of its most efficient members and he can be trusted to take charge of a cutter under oars and sails. He has taken part in two of the Schoolגs sea expeditions, the first to Norway and the second cruising on the West Coast of Scotland. During these cruises he proved himself to be a cheerful shipmate and very conscientious in carrying out both major and minor duties. He is thoroughly trustworthy and not afraid of dirty and arduous workג.

Responsibility played a key role in the life of Gordonstoun students then, as it does today, and in his last year at Gordonstoun, Philip was made Head of House and Head of Organisation before being made Guardian (Head Boy) in the Easter Term of 1939. In his confidential report to the Navy the Headmaster wrote:

גHRH Prince Philip has been made Guardian of the School. He is universally trusted, liked and respected. He has the greatest sense of service of all the boys in the School. Prince Philip is a born leader but he will need the exacting demands of a great service to do justice to himself. He will make his mark in any profession where he will have to prove himself in a free trial of strengthג.

In HRH Prince Philipגs final school report, Kurt Hahn wrote:
גHRH Prince Philip is never failing where he has to consider other peopleגs rights or interests.  He does not know what boredom is when intent on discharging his duties and has the making of a first class organiser, who is both kind and firm.  A sense of humour and a rapid understanding of human nature have proved a great help to him in tasks of leadership.ג


PRINCE PHILIP, GORDONSTOUN AND THE DUKE OF EDINBURGHגS AWARD
Gordonstounגs founder, Kurt Hahn, was keen to extend his educational programmes to the local community and not just the boys in the School.  He therefore set up the Moray Badge (the precursor to the Duke of Edinburghגs Award) which started at Gordonstoun and Elgin Academy in 1936 and then spread to other schools in Moray.  In the autumn of 1938, his last year at Gordonstoun, Prince Philip was awarded the Senior Silver Moray Badge.

The Moray Badge was so successful that Hahn wanted to make it a national award.  In 1954, he consulted with Prince Philip and persuaded him to give his name to what became The Duke of Edinburghגs Award in 1956.

Since then, the DofE has spread across the world to over 140 countries and millions of young people have benefited from their participation.

It continues to be an exemplar of Kurt Hahnגs and Gordonstounגs educational principles.